The new album of Greek thrash metal tank SUICIDAL ANGELS will be entitled "Years Of Aggression". The follow up to their highly acclaimed 2016 album, 'Division Of Blood' will be released on August 9th, 2019 via NoiseArt Records. 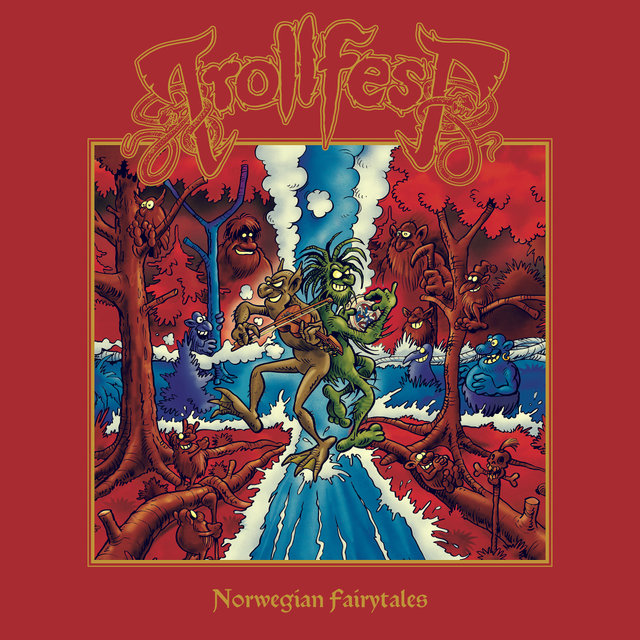 The band states:
"TrollfesT proudly presents the new album “Norwegian Fairytales”!
This is the TrollfesTs eighth album and it‘s a concept album based on old Norwegian fairytales and music.
“Norwegian Fairytales” takes the listener on an exceptional sonic journey through the cloud-dappled mountains and misty air of Norway while providing the essential TrollfesT elements, such as Balkan inspired melodies and rhythms, extreme metal, humor and super catchy hooks. "

Buy the album digitally or physically or stream it in your favorite streamer. Let yourself get carried away with good ol´ TrollfesT madness!

To celebrate the new album, the band proudly presents the music video for the brand new TrollfesT song “Fjøsnissens fanteri”! Check it out here:

The band states about the video:
"This is the opening track from our new album “Norwegian Fairytales” and contains all elements that TrollfesT is known for: brutality, folk melodies, madness, humor and a high level of musicality and instrumental skills. The song is about Fjøsnissen, which is a gnome that lives in every barn in Norway (looks like a small Santa clause). This gnome takes care of the animals at the farm if he is being treated well with food and drinks during Christmas time. So, in tradition the Norwegians set out a pot of porridge every Christmas for the farm Gnome. If he is not being treated well and given food, he can get extremely angry and kill the animals. The video was shot in a nice little abandoned barn we found. The animals that used to live in the barn had already been killed by Fjøsnissen, so no additional animals were hurt during the making of the video." 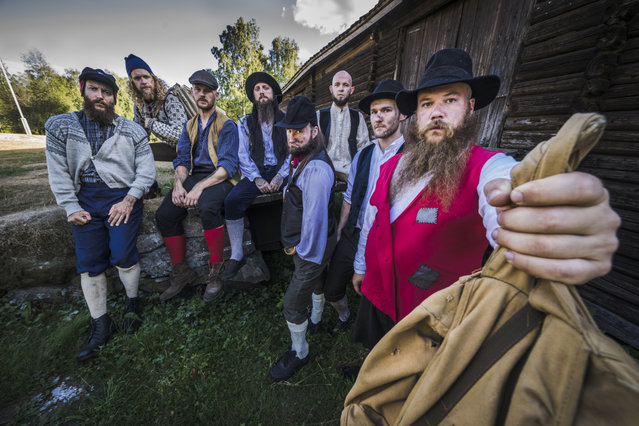 It’s shortly after Christmas, that trollish activities are at their highest, so prepare for some tiny people to deliver “Norwegian Fairytales” to you on January 18th, 2019.
Oslo's folkish madmen TROLLFEST are back with a bag full of hymns and what would be a better thematical choice for their eighth album than than a concept based on various Norwegian myths and legends?

But fear not, little party goblins! With still tons of high quality entertainment, humour and unbound energy left, TROLLFEST keep their status as the craziest band in the folk metal forest! 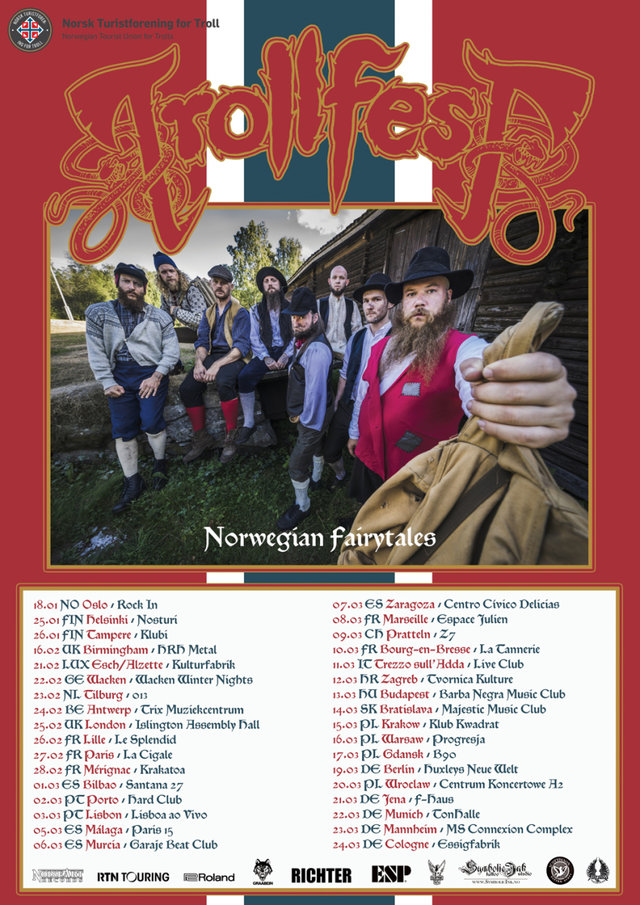 "Way Of The Road" out now / new video online

The wait is finally over and today sees the long awaited release of »Way Of The Road«, the new studio album from Canadian heavy metal heroes SKULL FIST via NoiseArt Records! Order your physical copy of »Way Of The Road« here: http://wayoftheroad.noiseart.eu/

To celebrate the release, the band presents also a new music video of the song "Better Late Then Never".
Check it out on YouTube:


The band states:
"Its out, we finally did it. 4 years later and this track couldn't explain it any better. Better late than never! I promise to not take so long on the next record!" - Zach Slaughter

The german epic death metal band KAMBRIUM are set to release their new studio album ‚DAWN OF THE FIVE SUNS’ on November 9th via NoiseArt Records.

The band has released the first single titled 'Against All Gods' right in time for the pre-order start today.
The song can be heard and watched in the form of a lyric video here: