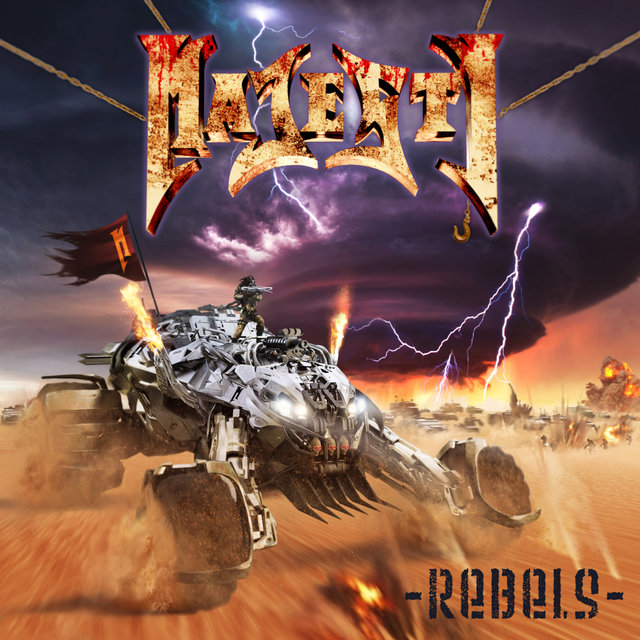 MAJESTY are filming their shortfilm at the moment which also includes a music video for the brand-new track "Rebels Of Our Time". For that fans are needed to cheer while the band is playing the song. Everything will
take place on January 21st at the Hellraiser in Leipzig (GER). Just be there at 07:30PM, enjoy a night to remember and forever be immortalized in the video.

Singer Tarek commented:
"This will be so cool. We want to show on film how great our fans are and therefore come in large numbers and bring along all your friends."

It would be great if you could fill in there if you are planning to come so that the band can roughly estimate how many people will come. By the way, some acting roles in the movie are still allocated. If you are interested please send an Email including a photo to This email address is being protected from spambots. You need JavaScript enabled to view it.

More intense, more powerful and more epic – MAJESTY have reached the next stage of evolution and sound the horn of their new album "Rebels" to conquer the Heavy Metal throne. Recorded in the band's own studio and refined by the mixing and mastering of Frederik Nordsträm in the Studio Fredman, "Rebels" is the fundament for "Majesty 2.0".

MAJESTY vocalist Tarek states:
"With "Die Like Kings" we proudly present you the first song of our new album "Rebels" which will be released on March 3rd 2017. "Die Like Kings" is a song full of power and passion and I hope you´ll have a lot of fun listening to it at full volume! If you have any questions about the song or the album then simply ask us by using the hashtag #Rebels in all our social networks."

"Rebels" needs to be heard by full volumne and thanks to it's hymns, it will live up to its status as "Majesty 2.0" on stage as well – get blown away!