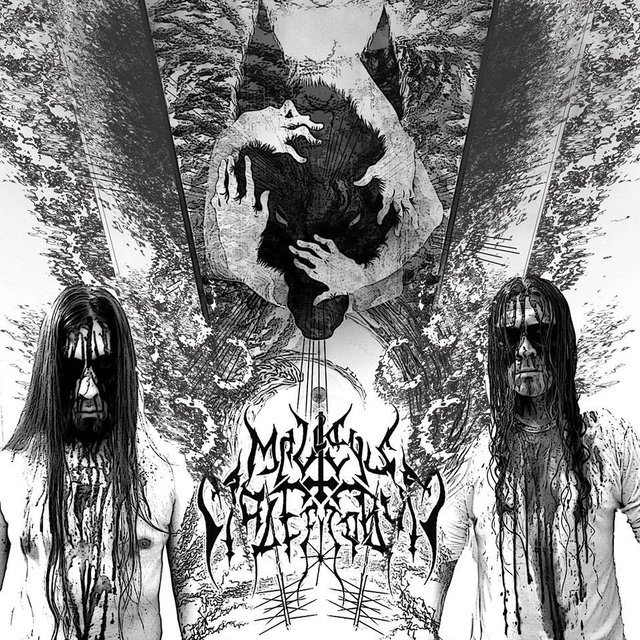 “Homo Homini Lupus" was written and recorded by Marius Berendsen over a period of five years, 2011-2016. It contains melodic black metal with a melancholic spirit, combined with elements of heavy rock music.
Guest singers from several metal genres - like Robse from "Equilibrium", Schmied from "Mor Dagor" and Vesa Salovaara from "Vorna"- enrich the album with their versatile voices.

Responsible for the cover (see below) is Zino Loreth from Wotans Milch Artwork, who is also the creator of the bandlogo.

The band already released an first teaser about the upcoming album.
Check it out: