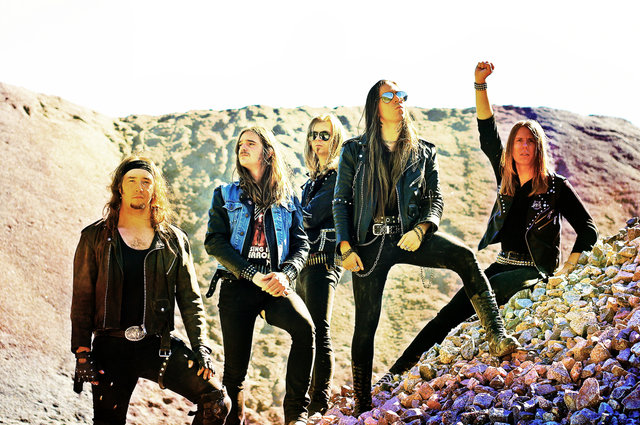 Almost four years since their sophomore album "Zone of Alienation" was released, Swedish metal band Steelwing are ready to return to the scene. Though still rooted in the traditional heavy metal their fans have come to expect, their coming new release has more than a few surprises in store.

"With two well-received albums behind us we could have gone the easy way and kept doing the same thing.” says vocalist Riley. "However, after the hit-oriented Zone of Alienation we felt that we wanted to challenge ourselves to create something darker and much more ambitious. So instead we worked really hard for more than three years to redefine our sound and really perfect the new material. We have introduced a wide range of influences to the sound, anything from death metal and technical thrash to punk and hardcore, where previously we wouldn't allow ourselves to stray too far from the classic heavy metal matrix."

The album, aptly titled "Reset, Reboot, Redeem" is due for release on November 20th. It was recorded, mixed and co-produced by Swedish death metal legend Fred Estby (Necronaut, The Dagger, ex-Dismember) at Gutterview Recorders, with additional parts recorded by Nicko DiMarino in Deep Blue Studios where the band's early sound was once formed.

"We envisioned a gritty attitude and more organic drum sound for these songs, so naturally we turned to Fred who is known for delivering just that. Since we have grown up listening to Dismember, it was truly an honor to work with him. I knew the new material would be very demanding to sing, so we decided to record the vocals with Nicko, an old friend of the band who has been with us from day one. We know we can always trust his ears and skill when the going gets tough."

Conceptually Steelwing continue to develop on the post-apocalyptic themes of the previous two albums. Where “Lord of the Wasteland” focused on Mad Max-esque highway marauders and “Zone of Alienation” described mutant-infested havens in outer space, “Reset, Reboot, Redeem” take on a more serious misanthropic note: the current flawed state of mankind must be sacrificed to pave way for a trans-humanistic new breed - or all life on Earth will face extinction. One of many firsts for this album is a song in the band’s native tongue: “Och världen gav vika” (translation: “And the World Collapsed”).

The first song from "Reset, Reboot, Redeem" released on YouTube is the title-track - an intense speed metal onslaught that will leave listeners gasping for air in its wake.

"This song sums up everything this album is about. Our fans will recognize the trademark Steelwing speed and energy, but we're also introducing the darker vibes, technical breaks and diverse influences - it’s an undeniable evolution from anything we’ve done in the past.”

Check it out here 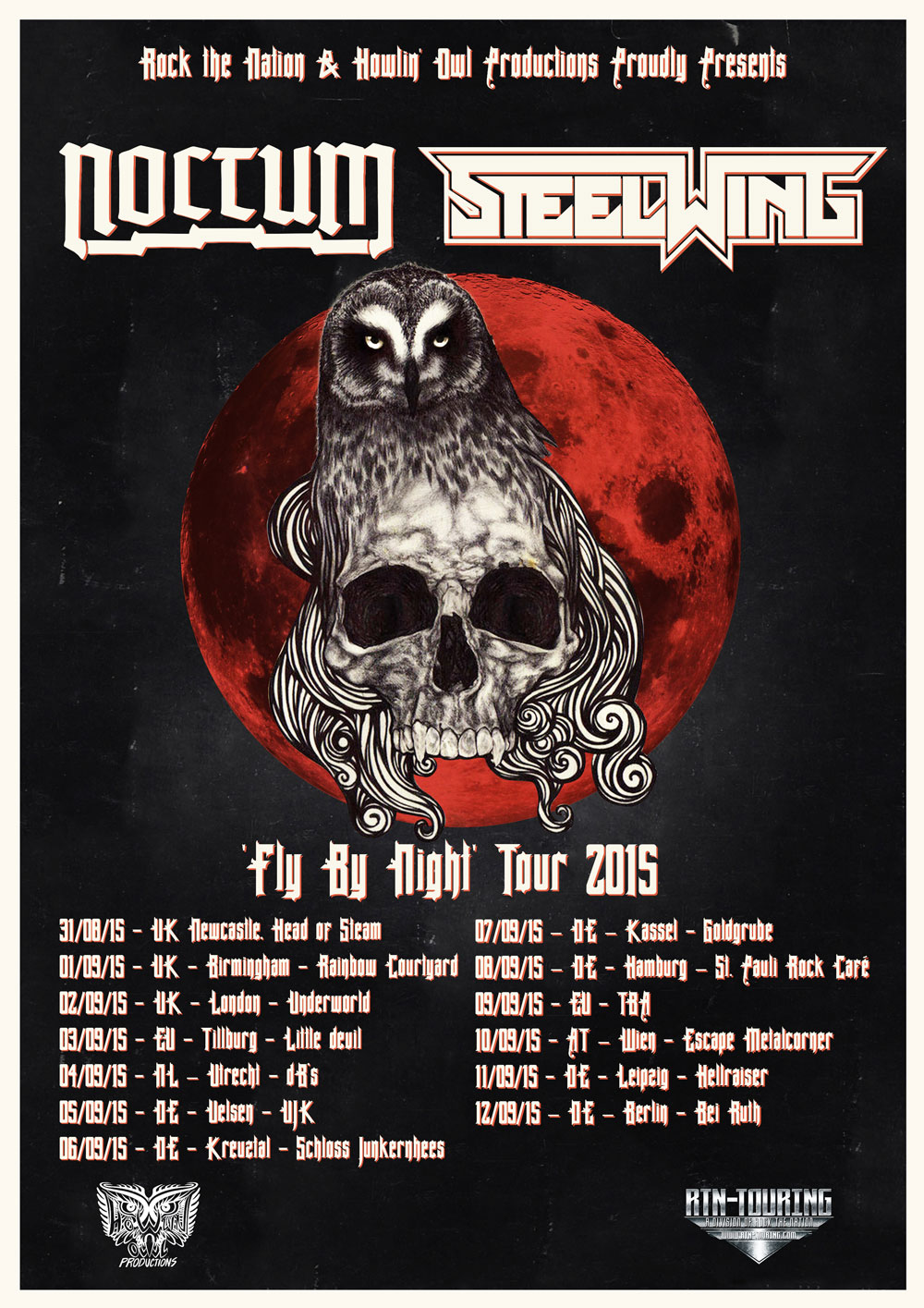 Two Swedish bands with a lot in common! Though their sonic ideals are
firmly rooted in the past, they are exploring the future of
underground metal through creative songwriting and unusual genre
crossovers. Both bands are currently returning to the scene with new
material after years of silence and are joining forces for a European
tour in the fall of 2015.

Starting off in the United Kingdom and continuing on a campaign
through continental Europe, these brothers in arms are psyched about
finally hitting the road together to present a wide palette of heavy,
doom, speed and thrash metal soaked in the sweat of do-it-yourself
punk mentality.

Ears will bleed, heads will bang and fists will be raised triumphantly
as a new metal movement dawns – where will you be? 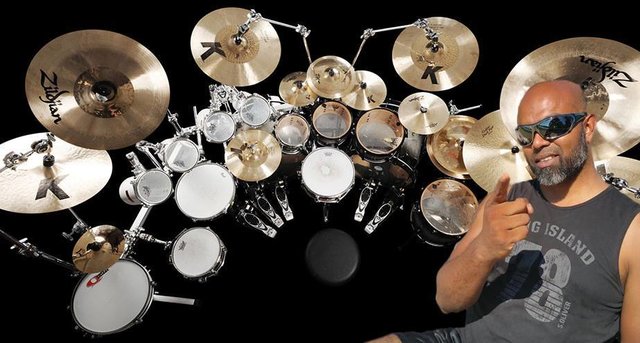 The band states:
"Today we have sensational news for you:  our search for a new drummer is over, we finally found someone. We are proud to welcome Mr. Tyronne Silva (ex-Mystic Prophecey amongst others) to our ranks. We are delighted to have found such a talented and experienced drummer and can hardly expect to work with him live and in the studio. We believe that Tyronne can help Evertale to reach the next level in our career.Tyronne is endorsed by Pearl, Zildjian and Beyerdynamic.

At this point we would like to thank all the other applicants. We had the honor to get to know some incredibly good musicians. But in the end there can be only one ..."

MAJESTY present you the second video clip from their chartbreaking album „Generation Steel“.

The video of the title track was recorded during the first leg of the Generation Steel headliner tour.

Singer Tarek commented on the new video as followed: „The song „Generation Steel“ is an ode to freedom and there is no better place to catch that feeling of freedom than on our shows. Our fans and ourselves are a union which will last forever!“

MAJESTY is planning the second leg of their headliner tour for the end of this year and until then, enjoy the new video clip and don´t miss the band on the remaining summer festivals:

MILKING THE GOATMACHINE – Working on their new record 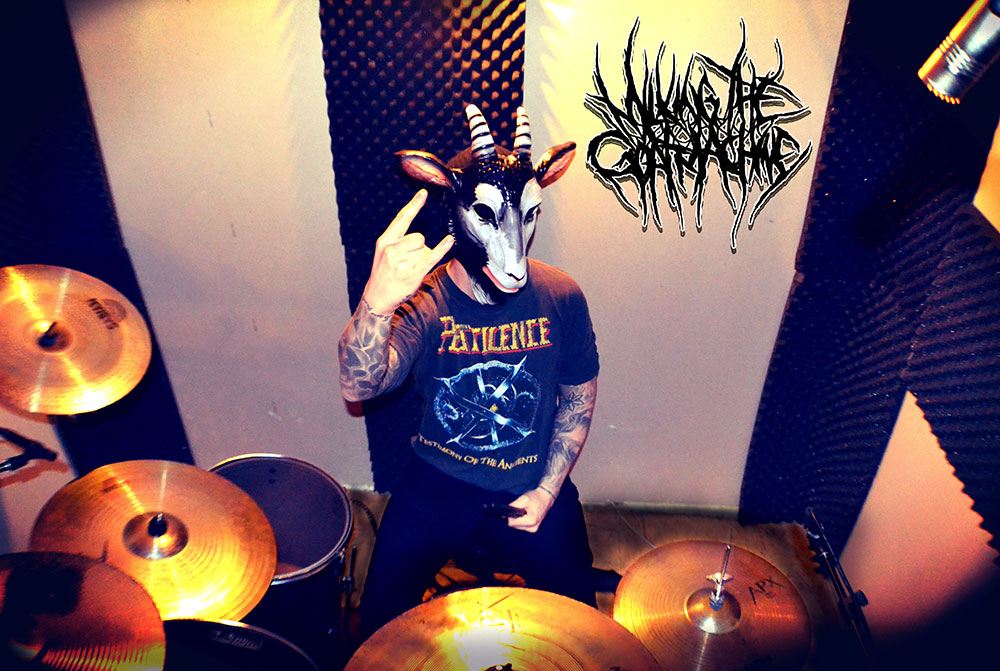 MILKING THE GOATMACHINE are currently working on their new record „Goatgrind“ which will be out end of June/beginning of July via Noiseart Records. With this picture the guys send a first hello from their studio. Shortly we will supply you with more information…