MILKING THE GOATMACHINE – More details about the new album revealed 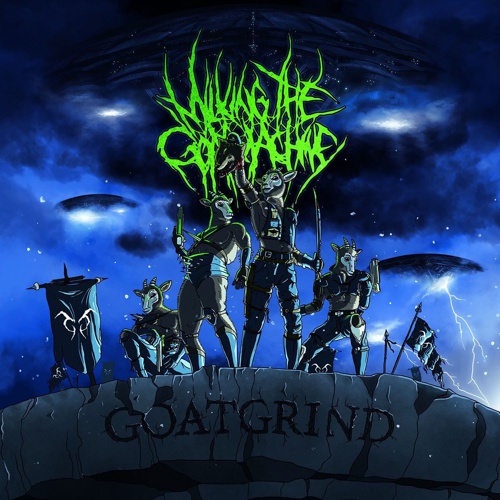 MILKING THE GOATMACHINE have published some more details about the new record which will be out on June 26th Via Noiseart Records. It will be entitled „Goatgrind“ and the band says the following about it: „As it is usual among most bands we have developed ourselves with the album. We have decided to go some way back even. Our concept behind the album is to not have a concept at all. We just played what came to our minds. Among all these ideas we also had one about covering some old misters in leather pants. The title „Goatgrind“ stands for what the record all is about: it ´s fully and right into your face.“

Here you can read the tracklist:

And here you can see the cover artwork as well…

NoiseArt Records is proud to announce that the new MAJESTY album “Generation Steel” entered the official German charts at the position #39.
It is the best chart result ever for MAJESTY in Germany. Congratulation!!!

The band states:
„We are proud and very happy to have such great fans who have made this unbelievable  chart success possible. We are on Tour at the moment and it’s awesome to see how the new songs work live and how the people like these songs. Reaching Chart Position 39 in the German Top 100 is unbelievable…Together with our fans, we are the “Generation Steel” and we will never stop to live our dream!”

Check out the new video clip of „Hawks Will Fly“:

Unfortunately lead guitarist Tristan Visser has decided to leave MAJESTY to concentrate on his solo career in the future. The separation was absolutely peaceful and was already decided before the „Generation Steel“ headliner tour .

Singer Tarek commented as followed: “Tristan was and will always be a part of the MAJESTY family and we wish him the very best for his future. We all were very sad when Tristan announced his decision to us before the tour but of course we accept it . We now are looking for a worthy successor and if you are out there and think that you can be the man , then apply  and become a part of the magic!

If you are interested to become the new MAJESTY lead guitar player, please send an email including a small resume and a current photo to This email address is being protected from spambots. You need JavaScript enabled to view it.

Take a look at a short farewell video from Tristan which was recorded last week after the show in Denmark.

MAJESTY has a new lead guitarist 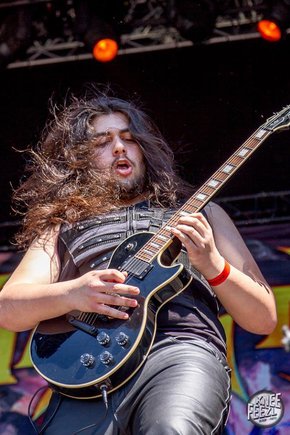 MAJESTY just announced the name of the new lead guitar player. Emanuel Knorr, who already played with the band on  several summer festivals, is now a permanent band member.

Here is a first statement of Emanuel:
„True Fucking Heavy Metal – that´s what I love and what MAJESTY is all about ever since. I am happy to be a part of the band now and to contribute my part to  spread and live the metal word all over the world!“

WINTER STORM: digital single "Through the Storm" out now

he German Folk/Power-Metal heroes WINTERSTORM are set to release their fourth studio album, »Cube Of Infinity«, on August 19th, 2016 via NoiseArt Records.

Today, the band has just released the first digital single "Through the Storm" . The song is now available as an instant grat track when you pre-order »Cube Of Infinity« via Amzaon or iTunes:

WINTERSTORM premiered the lyric video for the new track on YouTube recently.
Check it out here:

The band states:
"New ways! Powerful and with new strenght we are heading for a adventurous Journey. The storm in us is blowing stronger than ever before. Don't worry about the hat. ;-)"

“Cube Of Infinity” shows that WINTERSTORM by far haven't reached the end of their journey. Once more, their highly diversified songs lure the listeners into a Fantasy World that becomes a thrilling adventure thanks to the high quality of the musical background. Catchy rhythms, enthralling melodies, and elating refrains make “Cube Of Infinity” a model of how Power Metal should sound in the year of 2016... that will fascinate not only fans of bands such as Blind Guardian, Rhapsody, and Orden Ogan.

WINTERSTORM again skillfully succeed in uniting Folk elements and Power Metal to form a unique and kitsch-free mixture of their own.”Cube Of Infinity” is in schedule to offer a cooling summer storm in the heat of August, drying the sweat of fans with a huge portion of passion and fresh wind.

The artwork was created by guitar player Michael Liewald which is attached below.